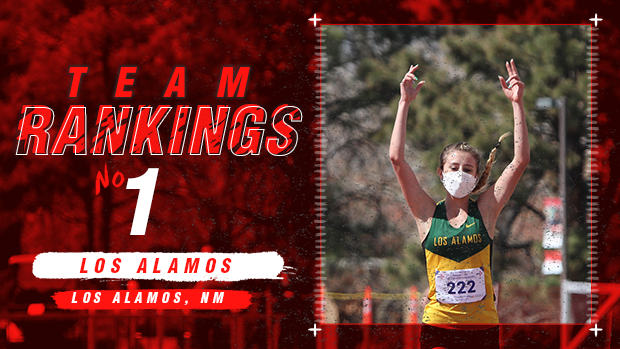 This is undeniably the #1 team returning this fall as Los Alamos has been in a league of their own the past few seasons. The only shame is that due to limitations on the varsity team size that they weren't truly competing at full strength when they captured their second consecutive 4A title this past spring. While they depart seniors Hannah Gartz and Mabel Pyle they still remained just as stacked with talent. Norissa Valdez will be aiming for her third individual state title this season while teammates Emma Montoya (14th) and Hailey McDowell (8th) return from the 2020 state team. We will be hoping to see the return of Sophie Chadwick (2nd in 2019) who gave chase to Valdez in the final stretches pushing her to really earn that first individual title. If we are to see some newcomers to varsity then how about sophomore Delaney Ulrich who has a personal best of 19:10 which would fit nicely on this championship squad that has been in the zone lately. History has shown that this is the most decorated team in New Mexico and they don't appear to show any signs of slowing down in 2021.