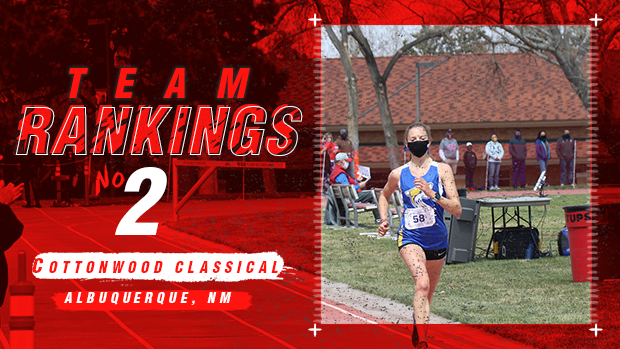 Well, it comes down to no other team in the state of New Mexico returns four All-State runners from last spring except Cottonwood Classical Prep. To say they are just plain better than any other 3A team entering this season would not be an understatement. Senior Alyx Mastor returns as the defending individual champion from the spring but also wrapped up her track season sweeping the distance events (800m,1600m 3200m) at the 3A state track championships. Aubrey Lozoya (3rd), Sophia Lopez (5th), and Ellie Merhege (7th) are the returning members of this squad that all landed within the top ten. Their 14 team points was impeccable with the fact that those four girls came ahead of the state runner-up team Tohatchi's first scorer. That sort of team running is the gold standard and they may just be the most dominant team to defend their state title this fall.