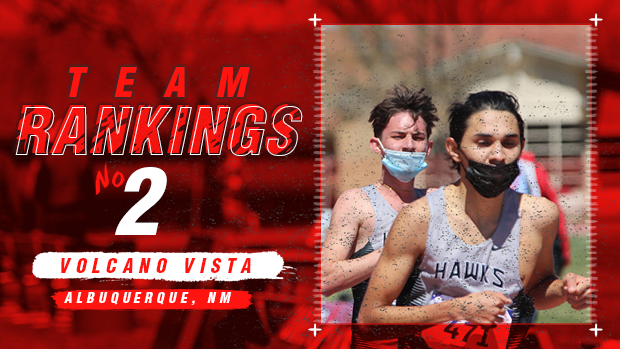 Volcano Vista has its best chance at taking home its first 5A State title in program history this fall. How a fifth-place team from only this spring becoming the favorite to win it all seems like a huge stretch. Especially when the Hawks reside in the toughest district being 1-5A and that district includes the four-time defending state champions Sue Cleveland. So why is Volcano Vista getting all the praise to enter this fall, well how about starting off with the fact of who returns for the Hawks. Stoney Cutchen is the top returner from this spring with a 27th place performance while Jude Lucero (29th), Lucas Kedge (30th) and Dallan Reed (31st) round out the returning squad. Now we believe that Aiden Davis is set to return to cross country team after missing out in the spring, he still is the highest finisher for the Hawks at 6th place back in 2019 and boasts a 16:11 personal best. Now looking at this potential scoring five is enough to put them up into state title contention but take a moment and think about the fact that they had the potential of having an All-State runner in Tyler Nord  (5th in 2019) who has since moved out of state. The Hawks could play spoilers to the Cleveland Storm in November if they are running to their best ability.