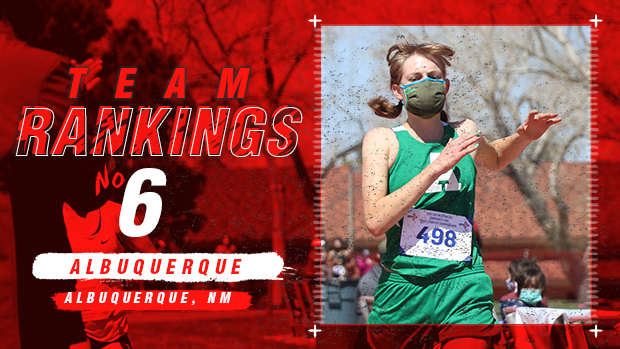 Might this be the best Albuquerque High team ever assembled? It certainly is quite the returners to make for an interesting 5A state meet. No team in the state of New Mexico could possibly make more sense as a fan favorite than the Bulldogs. For a program that has been around as long as they have and never has hoisted a blue state championship trophy, no other Albuquerque high team looks more promising than this fall 2021 team. Led by Ava Straton who was the 5th place finisher in March. Seniors Sofia Hren (21st), Safiya Zavala-Sweet (31st), and Sofia Sanchez (36th) round out the list of returners for the Bulldogs. They will be earning everything they achieve this fall as teams like Rio Rancho, Sue Cleveland, and Alamogordo don't hold anything back. At the moment they include one of the better lists of returners but also have not had a history for having depth past 4th and 5th runners. If they can find one or two reliable runners to lift some of the load from these upperclassman anything is possible for the Bulldogs.