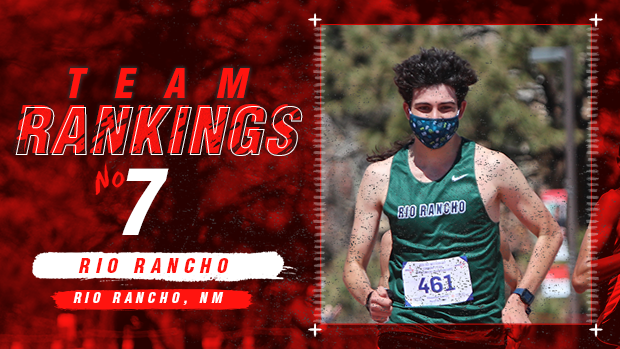 If there were any other team with as many unknowns going into this season they certainly would not be ranked #7, yet here are the Rio Rancho Rams. Yes, senior Dawson Gunn who finished 7th in 5A is the lone returning state runner from last year's team. Yet with a practically brand new varsity, they remain one of the best teams that we can expect to compete for the state championship. Might we see some youngsters step up like sophomore Skyler Galbraith, freshmen Cody Sullivan and we would also welcome some upperclassmen in Mason Steel and Nathaniel Martinez-Crook. All four of these potential newcomers have personal bests in the 18-minute range which is better than practically any other school on this list. Also if we follow seasons past we know that the Rams tend to eat their Wheaties and get in those hill repeats to show up with huge improvements between seasons. Gunn is coming off a stellar track season that included a 5A 1600m state title but will need his fair share of help from the remaining six if they would like to get back to the podium in November.