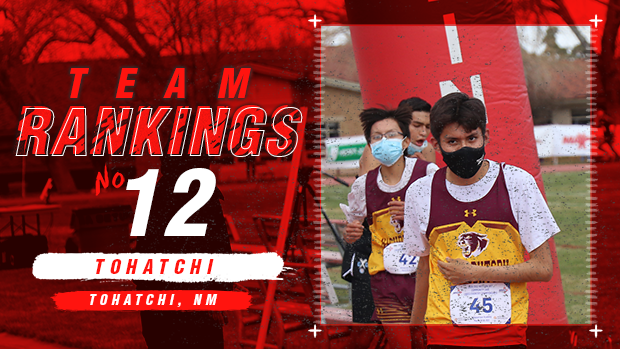 Tohatchi is looking to return to their former glory this season looks to be their best chance at hoisting a blue trophy in over twenty years. The runner-up performance of last season indicated that this squad was building upon something special and the fall of 2021 could see that hard work pay off. Whether Melvin Scott (14th) or Nicholas Yazzie (10th) is leading this team they both possess the talents of all-state performers. Along with Jimmie Chavez III the trio of seniors will be the glue to the Cougar's success. Jared Peterson (20th) and Rodney Joe (30th) are the remaining scoring five and together they have a solid team that is on the cusp of greatness. Seeing how they fare against New Mexico Military Institute will be quite the show as both return talent across the board and were neck and neck. This battle will come down to the fifth man and the state title drought for both of these teams will likely be ending in November.