It looks like a good, old-fashioned showdown ahead in 4A boys.

On the one hand, you have the reliable stand-bys in Albuquerque Academy. On the other hand, you have a couple of real and dangerous threats emerging in the northwest corner of the state--Piedra Vista and Farmington.

Here's what a virtual meet of season results to-date looks like to 4A boys:

These rankings were calculated by scoring the rankings as a meet. We took the individual rankings and relay rankings and scored them as a normal meet: 10-8-6-5-4-3-2-1. 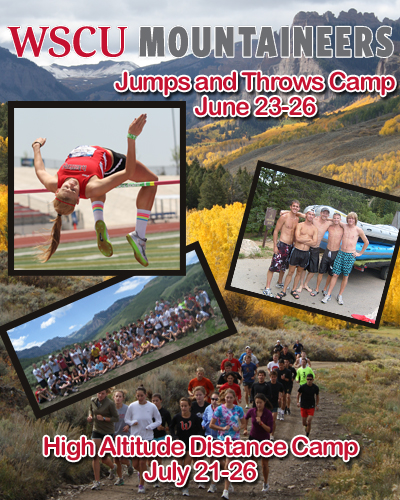 On this analysis, it would appear that any of the top four teams taking an injury or two could be in a tough way against the other three. Albuquerque Academy and Piedra Vista have the most breadth of point-scoring ability. Los Alamos and Farmington tend to be a bit more specialized. Breaking things out on a team-by-team basis, we get the following:

Albuquerque Academy - Though traditionally strong in distance, the Chargers don't figure to match the Los Alamos distance point total this spring. If the Chargers claim the top postion, they'll need those distance points from guys like Kyle Carrozza, but they'll also be depending heavily on field events and hurdles--on guys like Noah Wieg-Pickering, Parker Hibbitt, Andrew Torres, Kale Brown, Connor Schmidt, and Nick Slade. You can't win this thing without relays and that's a thought surely not lost in the mastermind of Coach Adam Kedge, but the Chargers haven't developed relays heavily yet. If that part of the picture comes through for AA in the next two or three weeks, you could easily see their lead expanding on the other teams in this hunt.

Piedra Vista - In track, as in cross country, the Panthers are a team on the rise. You never want to discount the impact of the enthusiasm of a team on the rise. PV can hurt you in a lot of ways. Their distance isn't LA solid, but it's better than the team scoring analysis above shows. The trouble with distance at state track, though, is that you can be very good and still not place in the top six. Unlike cross country, all places below six are equal in terms of point value. It would help PV's cause immensely if their distance group is able to put up some points at state. In the meanwhile, however, the key contributions are coming from guys like javelin specialist Beau Claftoon and sprinter Zach Johnson. The Panther relays are looking very strong as well.

Farmington - To the casual observer, at least, the Scorpions may be the most surprising team among the big four, but things are going along nicely at FHS. The sting is back this spring, due to guys like Jermey Klepac, Avery Rasher, and Dallin Payne. The relays are essentially on a par with Piedra Vista. This is a very good team, but probably doesn't have quite the depth that PV or AA has. As such, Farmington will have to put a lot of weight on the shoulders of a few guys. That's a high-risk kind of proposition at a state meet, but you do what you have to do when it's on the line at the big event.

Los Alamos - It's not as if the Hilltoppers have nothing outside of distance, but--let's be frank--Los Alamos has to put up big points in distance to win this thing. Reardon, Hill, Hemez, and Kennison hold a lot of cards for the Hilltoppers. The unfortunate thing for LA is that these guys figure to be competing largely among themselves at 3200 meters. They can't all score 7 or 5 points, and that makes things a bit tougher. Other key pieces for LA include thrower Brady Stokes and pole vaulter Seth Drop. Relays haven't yet been that special for the Hilltoppers. A little relay magic on May 17 and 18 could work wonders for the cause of the green and gold but, like AA, the Hilltoppers haven't quite fully shown that part of their game yet.

St. Pius, Moriarty, Artesia, and Los Lunas are all solid teams but each appear to be a step back or two from the big four. It's worth noting, however, that the performances of middle distance and distance types like Chris Graham, Marcos Serna, and Austin Anaya could have a great deal to do with the final outcome. If these young men come up big at state, it's a bit of bad news for the more distant dependent programs above.