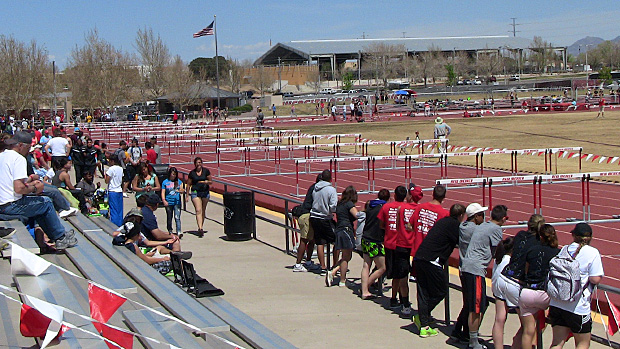 There are few bad days under the sun at the UNM track. Photo by Nick Martinez.