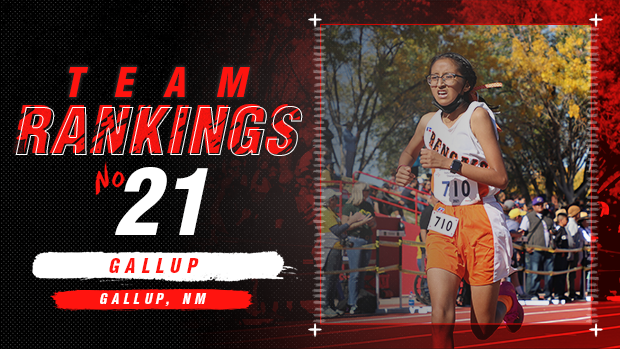 Gallup will begin its return to the top of 4A in 2022 as they land #21 on our New Mexico Girls Cross Country Countdown. For a team that did not even line up at the 2021 state meet, they return with promise led by Yanibah Begay (39th in 2021) and Merisha Long (42nd in 2021) who are the only returning state runners for the Bengals. Plenty of unknowns surround a team projected to claim a competitive district 1-4A title, yet they boast a great group of girls that could be their varsity seven. Unlike other schools around New Mexico, Gallup may benefit most from a veteran group consisting of practically all upperclassmen including a trio of possible sub-22-minute runners to score huge points come championship season. They will rely on other upperclassmen like Talia Blackgoat, Raven Tso, Jaymi Watson, and Shania Tom. For a program as prestigous as Gallup in the past couple of decades, look out for the Bengals to see an upward trend this year for a possible top-five team finish at the 4A state meet.