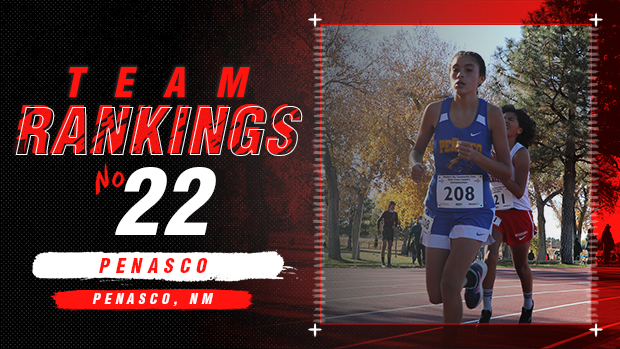 Despite coming into last season unranked, there shouldn't really have been any doubt that a Penasco team that has seen success in recent years was capable of upsetting ATC en route to their third state title in six years.  The defending state champs do land on this list at #22 entering the 2022 season, with high expectations that feel minuscule when returning six of your seven state runners. Freshman Rochelle Lopez returns to lead this Penasco squad hoping to improve from her 3rd overall state finish. Alongside her returns Charnelle Gonzales (7th in 2021), Rhyen Vigil (30th in 2021), Analise MacAuley (35th in 2021), Tristanee Lucero (59th in 2021), and Anna Mitchell (63rd in 2021). In what can only be described as the most entertaining finish of the 2021 State Championship races, Penasco was in a real duel against ATC and Gateway Christian that saw the three schools constantly sliding up down the leaderboards as runners came through the finish line. A difference of four points decided the champion from the third place it would be the Panthers hoisting the blue trophy to end 2021. This year it may not be as close, Penasco returns by far the greatest number of state runners than other schools in A/2A and we have to feel confident that they may only get better spending an off-season as defending champions. If any team looks confident in pulling a back-to-back performance at the state meet it would be this unit led by a potential individual champion in Rochelle Lopez. Expect the Panthers to only get better from last season as they seek more hardware for the trophy case.