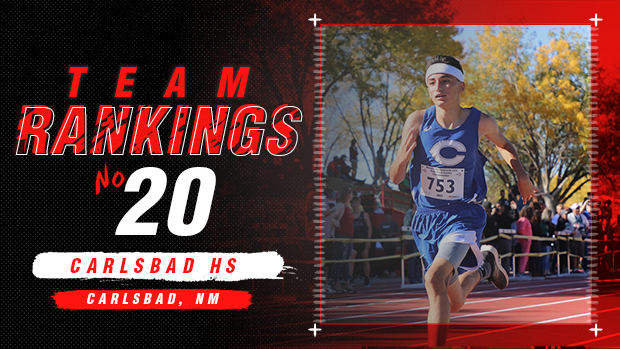 Coming in at #20 on our New Mexico Boys Cross Country Countdown are the Carlsbad Cavemen. Carlsbad comes into this season quite similar to their district rivals in Clovis. They like Clovis return a majority of underclassmen from their state team, as well as both, landed at the bottom of the 5A state standings as Carlsbad finished dead last while Clovis was just a couple of spots ahead in 13th place. The Cavemen will rely on runners like Liam Nelson (102nd in 2021) and Issac Williamson (107th in 2021) who return are top returners for this squad. If they want a chance at claiming the District 3-5A title and more importantly see themselves rise from the bottom of state teams among 5A they will need to get that scoring pack to improve well beyond the up 80th,90th, and 100 place finishers. Also returning with some state experience include Luke Peters (106th in 2021) and Sawyer Johnson (111th in 2021) that will be crucial to Carlsbad's success in 2022. Emerging as one of the promising young squads in the state of New Mexico the Cavemen may be a team to beat in the coming years if they can stick together and improve as the seasons go by.

Watch the 2021 5A State Championship Race