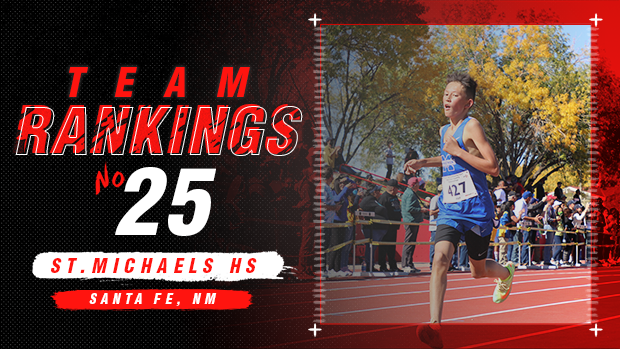 The New Mexico Cross Country Countdown breaks down the top 25 New Mexico boys and girls teams returning this fall. These rankings will include projected top runners and weigh how each team may do in their respective districts and state competitions. Changes to class alignments and adaptions to the state championship format have been taken into consideration. These rankings are based on the past season of performances and do not include teams that did not compete last year due to a lack of athletes and team information. All top returning runners are only projections and may include athletes no longer on the team due to transfer or out-of-state relocation. Starting off on our New Mexico boys cross country countdown is a St.Michael's squad led by a young duo in Jaden Perea and Jeremiah Rodriguez. The pair were the only two state qualifiers for the Horsemen in 2021 as Perea was the first freshmen runner to cross the finish line just off his personal best mark of 17:55.  Jaden was able to come through well over a minute ahead of the remaining freshman in that race. It will certainly take more than a 1-2 punch of a sophomore and freshmen to ensure St.Michael's hoists some hardware by season's end. They fill in the remaining scoring five with sub-20:00 minute runners Irvin Loya and Caleb Perea along with Tre Abeyta. They stand with perfect potential to rise among the 3A ranks as district rivals Sandia Prep, Santa Fe Prep, and Raton will experience the most turnover as they depart senior-heavy teams from 2021. It is those departures along with the young promising runners of St.Michael's that have them on top of district 2-3A entering this season. They aren't yet poised to return to the top of 3A just yet but a podium finish is possible with the potential they bring heading into 2022.