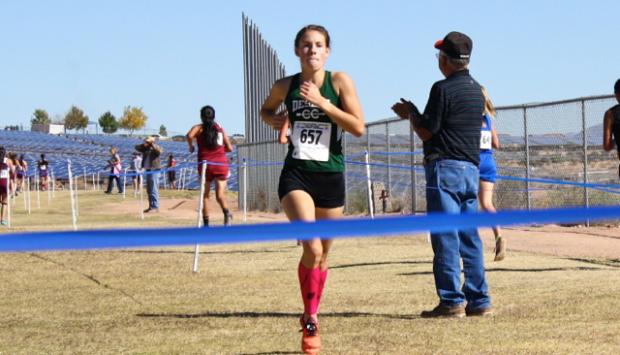 Desert Acadmey's Bacon was an integral member of the Wildcat cross-country and track programs. Photo by Holly Patterson.

Bacon was a force for the Wildcat's on the cross-country course, competing in five State Cross Country Championships. Bacon made her presence known beginning with a second place finish in the 1A race in 2012, an individual 1A championship in 2013, and a runner-up placing in the 2014 3A race.

What clinched the decision for the school you signed with: I had a very difficult time making my final decision but when it came down to it both Princeton's Engineering School and the resources available to undergraduates were very appealing and when I was invited to run it closed the deal!

Of New Mexico's two competitive seasons, which do you prefer, fall or spring? I prefer track over cross-country. 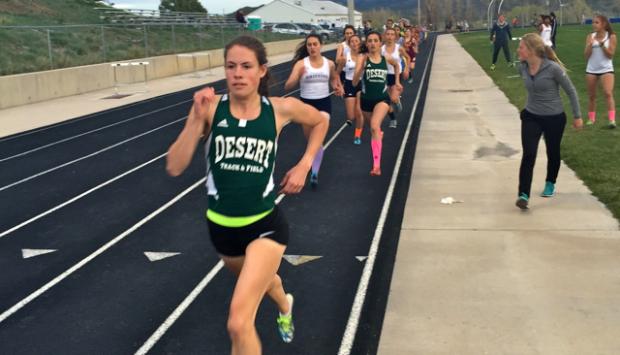 Bacon leading the field in a meet earlier this spring. Photo by Wink Bacon.