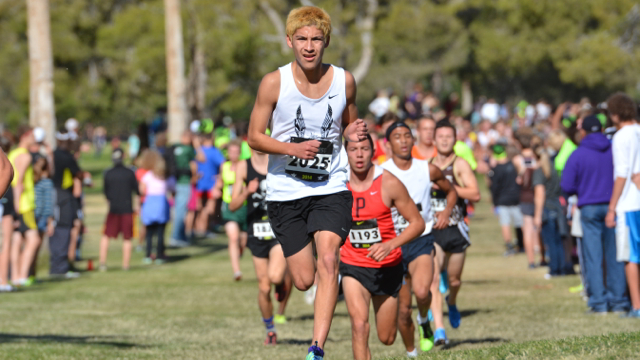 By now the New Mexico contingent has made its way back from Casa Grande, so let’s take a look at the results from this past Saturday going by the numbers from both the Open and Championship Races.

3 — The number of New Mexico Boys Teams in the Championship Race. Unfortunately none of the three teams were able to place in the Top 10, with Albuquerque XC (Alb. Academy) leading the way with a 14th place finish. Los Alamos XC (Los Alamos) placed 23rd and the Running Rams (Rio Rancho) finished 26th. 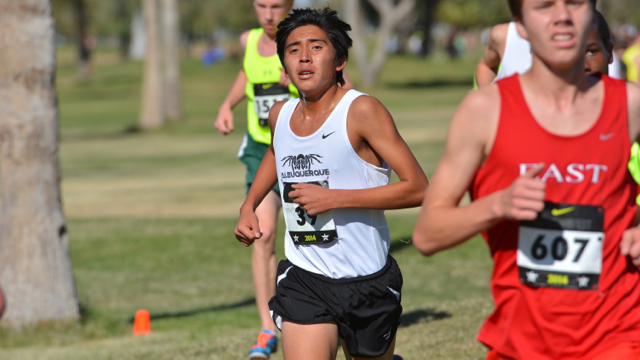 9-1 — The record of both La Cueva’s Natasha Bernal and Miyamura’s Niles Thomas after crossing the Finish Line in their respective Championship Races. 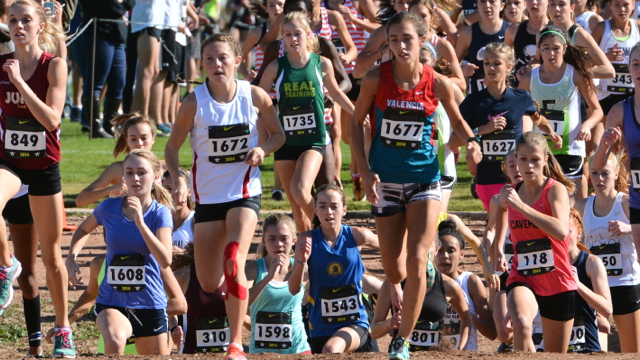 10 — The number of New Mexico Girls who finished in the Top 100 in the Championship Race. The girls put four inside the Top 50 as well.

12 — In addition to having identical season records, both Natasha Bernal and Niles Thomas placed 12th in their respective Championship Races. 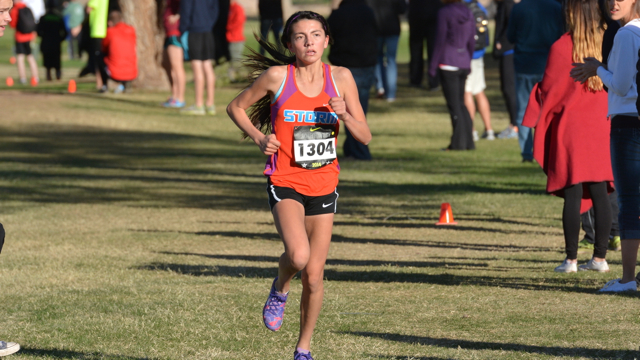 Cleveland's Britany Lovato was the first to break the tape in the Girls Open-Yellow Race at Grande Sports Academy. Photo by Blake Wood.

16 — The number of New Mexico Girls who placed in the Top 100 in the Open Race. Cleveland’s Brittany Lovato was the top New Mexican with her 18:28 placing 1st overall. 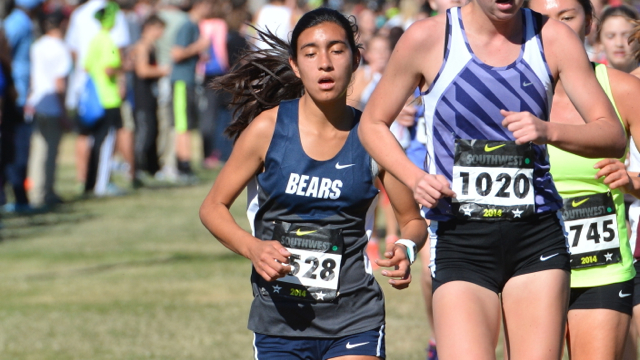 17:46 — Natasha Bernal’s final time, making her the fastest female New Mexican on the day, and for the fall.

27 — The Pack Time, in seconds, for the Northern NM BAES (Taos) that helped them place 9th, and record the best New Mexico Pack Time.

49 — The Pack Time, in seconds, the Los Alamos XC, which was the fastest New Mexico Pack Time.

363 — The number of days until the Southwest Region reconvenes and New Mexico athletes get another crack.

The Southwest Region has improved immensely in the last few years, more Colorado and Utah kids are choosing NXR-SW over Kenosha and Mt. Sac, and the New Mexico results reflect this shift. The 2014 edition of NXR-SW was a step in the right direction for New Mexico, but there is still work to be done.