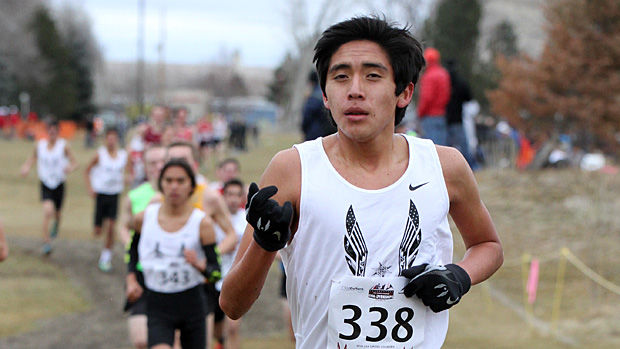 For most, it was a first attempt at running 6K (women) or 8K cross country (men).

The Junior Women's race started while the morning air still had a bit to it, courtesy of a sharp north wind that had mostly abated by the time of the start of the Junior Men's race. In a race dominated by NXN runner-up Elise Cranny and a handful of freshman women from four or five DI universities, Kimberly Chapman (photo, below, by Alan Versaw)  took the honors of being the first New Mexico finisher, stopping the clock on her race in 24:15 in 17th place. Little about the day or the course conditions, save the flatness of the course, encouraged fast times. 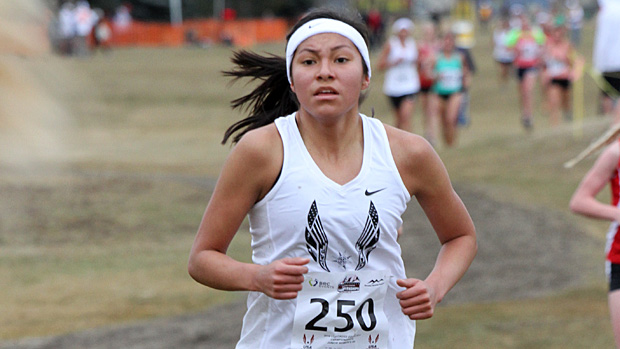 Cibola High School teammate Hope Johnson was next across the line for the state of New Mexico in 25:03. She would be followed by Dayna Guerro, Annoesika Laughlin, and Valene Madalena.

The Wings of America men's team also ran well, though in a considerably larger field than the Wings women had to contend with.