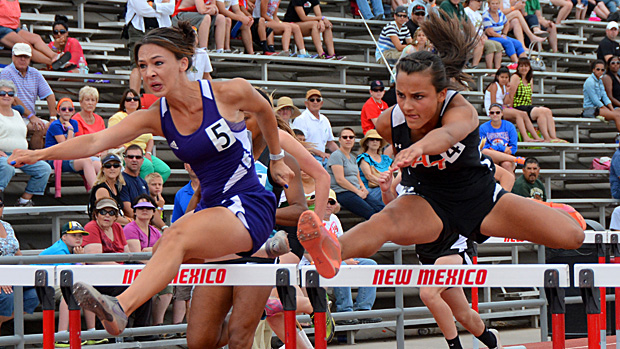 The last you saw of Sarah Root in Albuquerque, she was tearing things up at state track and Great Southwest. It's that time again. Photo by Blake Wood.

If you like track and field, there is a whole bunch of it headed your way Saturday night. Of course, it's mostly track, as the field event types aren't quite yet in full gear.

With the Great Southwest Classic Indoor moved safely into January out out of harm's way with respect to the NMAA outdoor season, participation has taken a big spike. But it's not all coming from New Mexico...

Substantial contingents are coming from Durango, Alamosa, and Broomfield, Colorado, along with scatterings of entries from other parts of the Centennial State as well.

And, speaking of Centennial, the crew from the high school by that name in Nevada is coming into town as well. Also filling up hotel space from points west are the groups from Chandler and Arizona Dynamite. And, another substantial group is making their way up out of Brownwood, Texas.

And, that's just the groups! The individuals coming are beyond counting.

A quick glance over the highlights of the meet upcoming reveals the following: 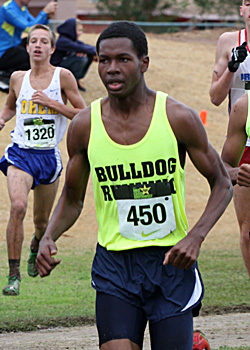 And, of course, there will be plenty of early looks at many of New Mexico's top track and field athletes as well. It would take a long time to list them all, but here are just a few:

All the action can be found Saturday evening at the Albuquerque Convention Center. Bib pickup starts at 3 PM and meet action at 6 PM. At one time, there were indications the meet might be over by 9 PM, but that's not looking so likely right now. With the number of heats that will have to be run in some of these events, you may be getting a whole lot more for the price of a ticket that you were anticipating.